Fly the legendary Northrop F-5E Tiger II on your home PC.
The addon includes a completely redesigned model for the P3D V4.x as well as complex animations.

Oberland, the Aletsch Glacier, Valais to the Matterhorn.

· Sidepanels made as separate 2D-Panels

· Jettison of all loadout in case of emergency (Emergency all jettison)

· Redesigned textures for more realistic look with paint schemes of the Swiss Air Force
incl. test-version, the Austrian Air Force, the US Marines and US Air Force

· Training mission for formation flight (2 aircrafts) flying over Axalp, Bernese Overland,
Glacier of Aletsch, Wallis up to the Matterhorn 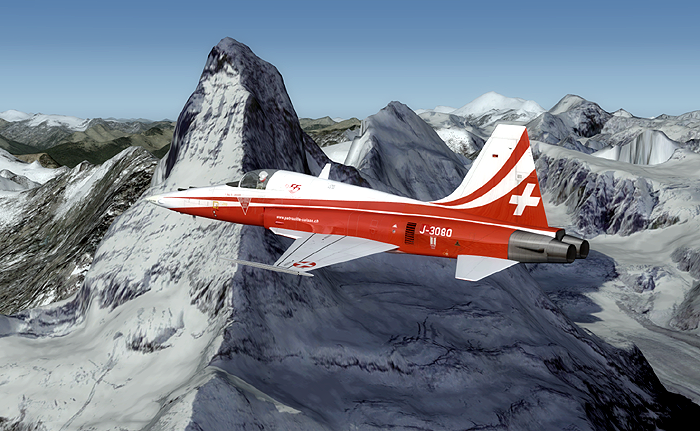 - Separate wind noise when extending the Speed Brake, Flaps and the chassis 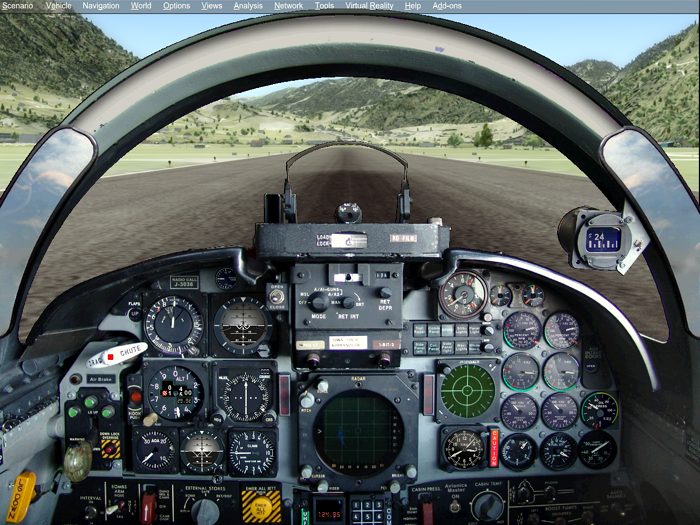 An unforgettable experience awaits you
in the cockpit of the F-5E "Tiger"!