Update Version Birrfeld FSX on Birrfeld P3D V4 V5:
Click on the update version for Fr. 12.- and you will receive the full version of Airport Birrfeld for P3D V4 V5.
With the license code from Birrfeld for FSX you can install the new P3D V4 V5 version! 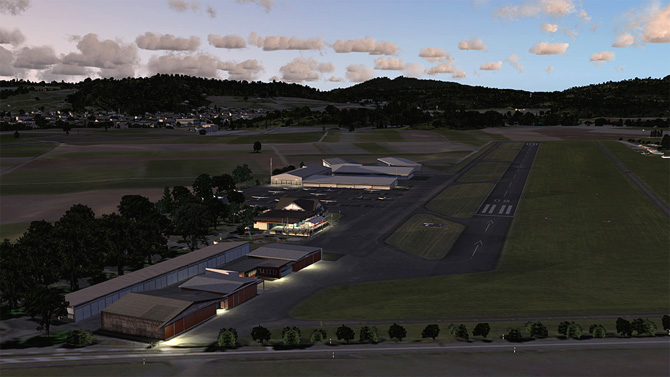 With its close proximity to Zurich and Aargau, the Birrfeld airfield is one of the most important Actors of the
"General Aviation" in Switzerland. Stuck between the A1 and the A3 finds one the airfield Birrfeld with the
ICAO abbreviation LSZF, directly west of the city Baden and south of Brugg.

When creating the scenery, the designer has not only on the airfield itself concentrated, but also modeled
the surrounding area. The closeness to reality is thanks the large equipment of 3D objects, many small
aircraft and the animated car traffic on approach to the 08 or 26 excellently done.