How to get the new version:
- Log into the FlyLogic shop
- Show orders
- click show
- below you can find your new download
- PS: uninstall the old version beforehand 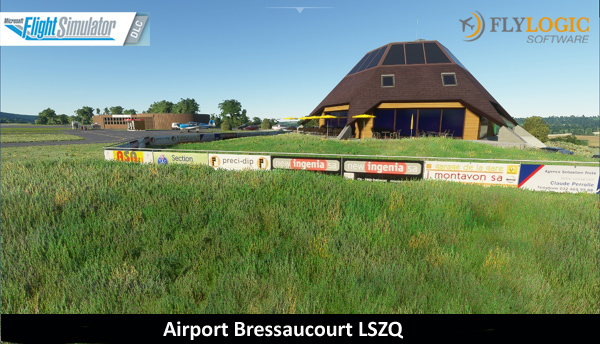 Bressaucourt is 536 m above sea level, four kilometers southwest of the district capital Porrentruy (air line). The former street line village extends on a hilltop on the northern slope of the Jura chain of the Lomont in the Ajoie, near the border with France.

The airfield was released for general operations on July 1, 2011, officially inaugurated on September 7, 2013 and replaces the Porrentruy airfield in Courtedoux, which only has a grass runway.

The Jura Aerodrome also offers you 4 comfortable rooms, including 3 rooms with 2 beds and 1 room with 6 beds. Each room is on the 1st floor of a new building with the Minergie® label and has its own bathroom with shower and a beautiful view of the surroundings and the slopes.

From the restaurant "Le Cockpit" you have an unrestricted view of the runway and thus offers a privileged view of aircraft traffic. 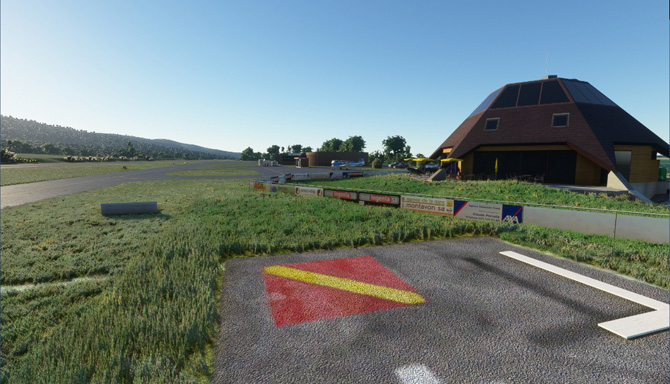 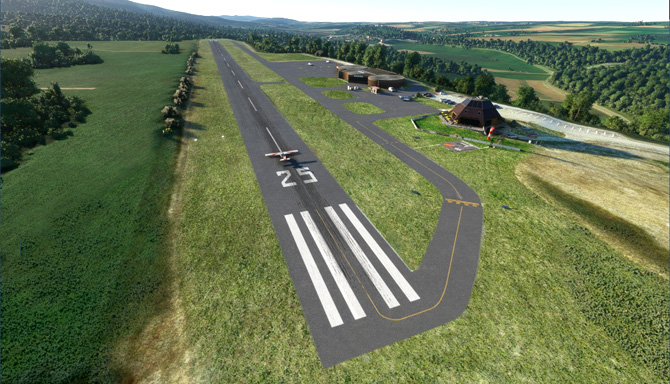 - Floor layout with all taxiways and parking positions

- Animated windsock turns in the wind

- The LSZY airfield no longer exists in MSFS 2020